Jeanne’s theatre scripts have been performed around the country and in London. They are available online in North American Women’s Drama, which is available in most University libraries.

Tales From the Daily Tabloid 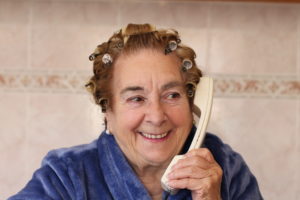 Leonard Milgram is fired by his advertising firm and forced to take a job writing for The National Enquirer in his old hometown. There he gathers stories from neighbors he always thought of as weird, including Leroy, whose thumb has been bleeding for three years, and Mrs. Truax, who sees angels. When Leonard falls in love with the waitress at Edna’s Cafe, he learns the strange logic of the spiritual world, which has little to do with money and power.
6 characters can be played by 4 men and 3 women.

Reminiscent of Thornton Wilder’s work. . . . a plea for reality informed by the heart. Much magic.
–Time Out

Tales from the Daily Tabloid is available for purchase online at Amazon.com and at the Dramatic Publishing Company 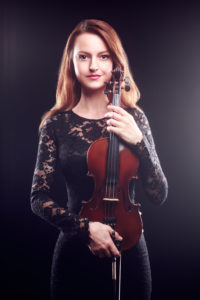 After her premier at Carnegie Hall, Dawn Seitz realizes that more than she loves the violin, she hates it. It was not her choice, but her mother’s. Dawn was selected to bear the gift. Throwing over her role as the chosen, she begins trying to rid herself of her musician ancestors, a struggle which nearly destroys her. 12 characters. 8 are speaking parts (6 women and 2 men) plus 4 non-speaking parts. Excellent for university and high school theatre departments.

A unique script with fresh ideas, which examines the role of a parent in determining the future of a child and how the past affects us all.
–The Chicago Sun Times

The Chosen Daughter was published by Encore Performance Publishing, and is now out of print. For a script, contact Jeanne Murray Walker

Rowing into Light on Lake Adley 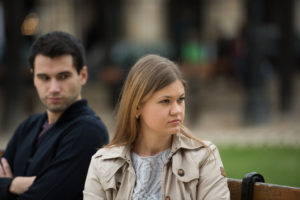 It is 1904 and the only person in Parkers Prairie Josephine Johnson can stand is a drifter who appears in town. From him she learns how to get to New York. From her he learns where the man who killed his father is living. She escapes to become an actress in New York while he stays to avenge his father’s death. When Josephine returns as a failure, she finds him ready to take her on a strange journey.
9 characters can be played by 3 women and 2 men.

Clearly a match made in heaven.
–The Philadelphia City Paper.

Evocative and lyrical. A compelling evening of theatre.
–The Wilmington News Journal 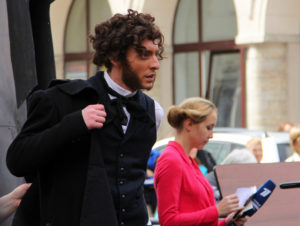 Montana Winfield seems to have everything-charisma, fame, and a Chair in Dickens studies at a fine University. But he is so driven, the wife he adores leaves him. When a stranger arrives with a lost Dickens manuscript, she brings a secret about herself. The Dickens novel and the young woman change Montana forever. The Montana narrative alternates with scenes from the Dickens novel (invented by the playwright).
14 characters can be played by women and 3 men.

The play within the play has all the pathos, humor, and vitality of a real Dickens novel. . . . Comedy is her forte.
–The Daily Record

Inventing Montana is available for purchase from The Dramatic Publishing Company 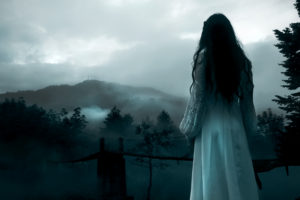 In a small college town in the 1950’s, Margaret arrives to teach local history. The ghost of Tillie Smith urges Margaret to discover how she was murdered in 1887. Through obsessive research the young professor learns that the wrong man was indicted and found guilty. She is fired for her discovery. And because Tillie’s murderer was never found, her ghost still walks in Hackettstown, New Jersey. This script is based on history and was developed in collaboration with The Centenary Stage and the people of Hackettstown. It broke Centenary’s box office records.
22 characters can be played by 4 men and 4 women.

A creepy ghost story for a chilly October night. . . . right from the eerie opening scene.
–The Daily Record

The strength of the play lies in its character development.
–The Star-Gazette

The Queen, The Earl, and The Waiting Woman

Helen, Elizabeth I’s young waiting woman is a brilliant astronomer who eventually ascends to the position of the Queen’s chief confidante. She is forbidden by the Queen she loves to practice the new science. Soon she is caught between Elizabeth and The Earl of Essex, the Queen’s magnetic lover, for whom Helen herself cares deeply. When Essex moves to take Elizabeth’s throne, Helen is forced to choose between them. This play imagines Spanish Philip tightening the noose, civil war threatening, and the sweet love for Essex that nearly prevents Helen from escaping the Court alive. 12 characters can be played by 3 men and 3 women.

The Queen, The Earl, and The Waiting Woman is available for purchase from CITA 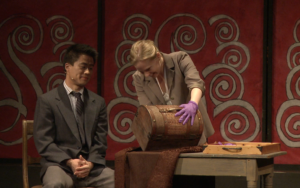 A brilliant young Wall Street executive brings a strange box to the curator of Chinese artifacts at Winterthur Museum. It is the only thing his father willed him when he died. He can’t open it. The curator, a young woman just out of graduate school, is stumped. In the long process of investigating his inheritance, the high-living, fast-talking young broker slows down and the two discover that they have forged an enduring friendship.

This is a one-act play designed to be produced with music. For a script contact Jeanne Murray Walker